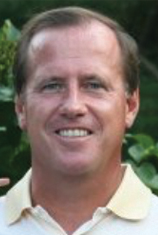 Douglas Hayden is President of Wright Public Entity for The Wright Insurance Group. He was formerly Executive Vice President and General Counsel at Wright and played a significant role in the acquisition and post-acquisition of Wright by Brown & Brown in January 2014.

Mr. Hayden is a graduate of Hofstra University School of Law (1988). He began his legal career as an Assistant District Attorney in Nassau County. He is admitted to the Bar in New York, as well as the Eastern and Southern District Courts.

Currently Mr. Hayden is on the executive committee of the New York State Bar Association Torts, Insurance and Compensation Law Section (TICL), having previously served as Chair of the Section in 2005. Mr. Hayden sits on the Board of Directors of the American Society of Worker’s Compensation Professionals (AmCOMP), Defense Association of New York, the Emerald Society of Long Island, CYO Nassau Suffolk, Hance Family Foundation, Parents’ Leadership Council at Providence College, and the Nassau Magistrates’ Association.

He is currently the Village Justice of Floral Park. He was first elected in 1999 and subsequently re-elected four times. He served as President of the Nassau County New York Magistrates’ Association (2015-2016) and is an active member of the New York State Magistrates’ Association. He is also the Judge Advocate of the Floral Park Knights of Columbus.

Mr. Hayden resides in Floral Park, New York with his wife, Una, and their four children.