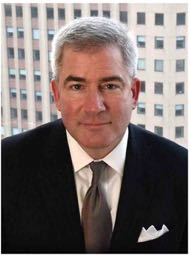 Howard Mills is an Independent Corporate Director and a Senior Advisor to McKinsey & Company.  He serves on the Boards of Genworth Financial (NYSE:GNW), Ensight and The Doctors Company Group.  Mr. Mills is a National Association of Corporate Directors Governance Fellow.

As a Senior Advisor to the insurance practice at McKinsey & Company Howard serves clients across Life, Property/Casualty and Reinsurance in the areas of CEO and Board counseling, crisis management, ESG, financial communications, insuretech, M&A, public affairs, regulatory risk and reputational risk.

Previously, Howard was with Deloitte, LLP for fourteen years as a Managing Director and Global Insurance Regulatory Leader.  Mr. Mills is widely quoted in the media commenting on the U.S. and global insurance markets and has regularly appeared in the Wall Street Journal, The New York Times, The Financial Times, Bloomberg, SNL Financial, The Hill, Politico, Best’s Review and has been a frequent guest on leading business television programs. Mr. Mills is an experienced expert witness in litigation concerning insurance regulatory matters.

Prior to joining Deloitte in 2007, Mr. Mills served as Superintendent of the New York State Insurance Department. During his tenure he focused on leading the Department’s transition to conducting risk-based examinations, lobbying Congress to renew the Federal Terrorism Risk Insurance Act (TRIA), concluding settlement agreements with industry and leading on issues at the National Association of Insurance Commissioners (NAIC) such as principles-based reserving for life insurance companies and disaster preparedness. He was active at the International Association of Insurance Supervisors (IAIS), was a member of the Presidential Financial and Banking Information Infrastructure Committee, served as Co-Chair of the International Commission on Holocaust Era Insurance Claims, and testified before Congress on matters relating to the insurance industry.

Howard served three terms in the New York State Assembly (1999-2004) and rose to become the Deputy Minority Leader. While in the Assembly he served on the committees on Banks, Housing, Insurance, Ways and Means and was the Ranking Minority Member of the Committee on Corrections. He was a member of the National Conference of Insurance Legislators (NCOIL).  Prior to Howard’s election to the Assembly, he was elected to three terms as Supervisor of the Town of Wallkill, NY. He began his career serving as the Director of Grants and Federal Projects to Representative Benjamin A. Gilman in Washington, D.C. He has been an adjunct instructor of political science at Mount Saint Mary College and at Orange County Community College.

Howard earned his B.A. in political science from Marist College and his M.A. in public administration from The American University. He completed a one year course of study in PPE (politics, philosophy, economics) at Mansfield College, Oxford University.

Mr. Mills has 30 years of experience serving on the Boards of not-for-profit organizations serving his community in New York State including the Orange Regional Medical Center, The Greater Hudson Valley Health Care System, the United Way of Orange County, the United Way of New York State, the Orange-Sullivan Alzheimer’s Association, Orange County Hospice, the Orange County Community Foundation and Orange County Cornell Cooperative Extension.  Currently Howard serves as a Director of the Insurance Federation of New York and as an Advisory Council Member of The Institutes Griffith Insurance Education Foundation.

Howard lives in the Town of Hamptonburgh, Orange County, New York, with his wife Erin and their children H. Jack, Cooper and Kathryn.