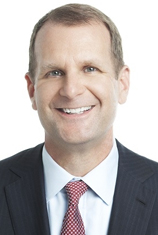 Mr. Rampe also serves as Founding Trustee and on both the Finance Committee and Executive Committee of the National 9/11 Memorial and Museum Foundation. He is a member of the Board of Directors of the Insurance Federation of New York; and a Trustee of the Citizens Budget Commission of New York City.

Prior to joining the Chubb Group, Mr. Rampe served as both President and Chairman of the Lower Manhattan Development Corporation (LMDC). He also previously served as First Deputy Superintendent and Chief Operating Officer of the New York State Insurance Department, as First Assistant Counsel to Governor George E. Pataki of New York, and as an international litigator at the New York law firm of Shearman and Sterling.

Mr. Rampe lives in New Hope, Pennsylvania with his wife, Christine, and their four children.