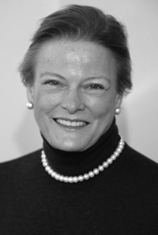 Maura T. Clancy is the President of Clancy & Clancy Brokerage, Ltd., an independent insurance agency based in Garden City.

Ms. Clancy is the Public Member on the Board of Directors of the Motor Vehicle Accident Indemnification Corporation and was appointed to the position by Former Superintendent of Insurance, Greg Serio. She currently serves on the Board of Regents for Winthrop University Hospital in Mineola, N.Y.

Ms. Clancy served as the President of the Chamber of Commerce of the Willistons for two years, where she resides. She has served on the nominating committee for the AAA of New York, Inc. and as the Chair of the Health Committee for the Rotary Club – District 7250.

Ms. Clancy was elected to the position of President of IAAC, Inc. and IAMAC, Inc., subsidiaries of IIABNY. She served as Chair of IIABNY’s task force on Automobile Insurance Reform and as the media liaison in IIABNY’s CORE program. In the past, she was the first woman elected to be the President of Nassau County’s Independent Insurance Agents Association.

Previously, she was Vice Chair of the Board of Trustees for the Old Westbury School of the Holy Child where she attended high school. She has also served as a director on the boards of several charitable organizations including the American Red Cross of Suffolk County, Children’s House, the Long Island Insurance Community, Harbor Child Care and Petsafe.

Ms. Clancy received a B.A. degree from the College of the Holy Cross and earned the Accredited Advisor in Insurance designation.