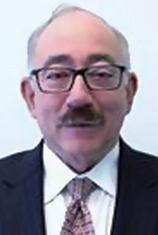 Michael Fusco is a consultant, having retired from his position as Senior Vice President, Chief Actuary for Argo Group, which he joined in 2009. Immediately prior, he was a consultant with Navigant Consulting, Inc.

Mr. Fusco began his insurance career in 1970 as an actuarial assistant for the Insurance Rating Board, which later became Insurance Services Office, Inc. (ISO). He served in various actuarial positions at ISO from 1970 through 1987.
In 1987, he joined Ernst & Whinney (now Ernst & Young) as the principal in charge of the New York casualty actuarial/risk management practice. He rejoined ISO in August 1988 as Executive Vice President, and served as Chief Operating Officer from 1991-2000. He joined CNA in 2000 and served as Executive Vice President & Chief Actuary until 2008.

Mr. Fusco is a Phi Beta Kappa graduate of the City College of New York with a BS Degree in Mathematics, and received a JD degree from Fordham Law School. He is a Fellow of the Casualty Actuarial Society as well as a member of the American Academy of Actuaries. He is a past president of the CAS.

He is admitted to practice law in the state of New York and is a member of the Bar Association of the City of New York.