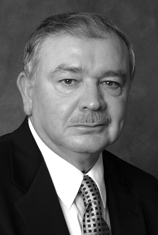 Raul Rivera is a retired Chairman, President and Chief Executive Officer (CEO) of National Benefit Life Insurance Company, a position he held from 2001–2017. He began his career with NBL in 1980, was named President and Chief Operating Officer in 1990 and retired after 37 years in January 2017. Raul was a member of Primerica Inc.’s Executive Planning Group. NBL is a subsidiary of Primerica Inc., a leading distributor of financial products to middle income households in North America. Previously, he spent ten years in the operations area of Unites States Life Insurance Company.
With over 55 years of experience in the insurance industry, Raul is a member of the Board of AmTrust Financial Services, Inc. (AmTrust is a global property and casualty provider with a broad product offering.) Raul served (in 2005) as Chairman of the Board of LICONY (Life Insurance Council of New York, Inc.), the principal voice of the life insurance industry in New York. In January 2003, Raul was elected to the Board of Directors of IFNY (Insurance Federation of New York, Inc.). Since 1913 IFNY has been instrumental in providing the insurance industry with a forum to discuss legislative and regulatory matters. He is also a member of NAIFA (National Association of Insurance and Financial Advisors).
Raul earned a bachelor’s degree in Business Administration from St. John’s University (the College of Insurance) in 1970 and earned his CLU (Chartered Life Underwriter) designation from the American College in 1973.
For over 20 years, Raul has served as a trustee at the College of Mount Saint Vincent in Riverdale, New York. He is an active participant in the College’s Mentorship program. In 2007, Raul was honored by the Coma Recovery Association, Inc. for his support. In addition, he is an ardent supporter and fund raiser for various charitable organizations. Raul resides in Garden City, New York with his wife Patricia.
tel: (917) 488-7519   fax: (516) 352-3266   email: onesq10@gmail.com
Share this page