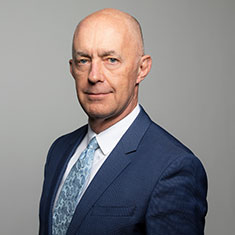 Richard A. White is the Chief Executive Officer and a member of the Board of Directors of Shelterpoint Group, Inc. (SPG) an insurance holding company. He is also CEO of SPG’s two wholly owned subsidiaries, ShelterPoint Life Insurance Company, a New York domiciled life and health insurance company based in Garden City, NY, as well as ShelterPoint Insurance Company a Florida domiciled life and health insurance company. Mr. White joined the company in 2009 as Chief Executive Officer. ShelterPoint is the largest insurer of both Disability Benefits Law (DBL) insurance and Paid Family Leave (PFL) insurance in the State of New York, with over 184,000 employer groups and covering 1.9 million insured employees for both DBL and PFL. The company is licensed to provide various other employee benefit products in New York and 48 other states. ShelterPoint has a financial strength rating of A- (Excellent) from A.M. Best and A- from Standard & Poor’s. For 2017, 2018 and 2019 Shelterpoint was selected to the Ward’s 50 Benchmark Group of life-health insurance companies for outstanding achievement in the areas of safety, consistency and performance. ShelterPoint was accorded the distinction of Insurance Team of the Year 2017, by the Insurance Advocate magazine for “…it’s exceptional education of the producer force and the public regarding New York’s Paid Family Leave Laws.”

Prior to joining ShelterPoint, he was Executive Vice President of Domestic Markets with Pan American Life Insurance Company in New Orleans, responsible for all businesses in the United States. This included employee benefits as well as a focus on insurance products for the U.S. Hispanic market. Mr. White spent almost twenty years with Guardian Life, with the last five years as Senior Vice President, Group Insurance, where he was the head of Guardian’s over $3 billion Group Insurance Business. Mr. White started his career at Guardian Life in 1984 as a Group Sales Representative, and progressed to hold positions as head of national group sales, head of group strategic planning and business development, head of the group medical strategic business unit, and associate group profit center officer before becoming Group Profit Center Officer in 2002. From 1991-1995, Mr. White was with New York Life Insurance Company as Group Sales Manager in Chicago, and as Group Field Vice President based in New York City, before returning to Guardian Life in 1995. Mr. White earned a BS degree in Business Administration from the University of Nebraska, and holds certificates in Marketing Management from Columbia University and Organizational & Executive Coaching from New York University.

Mr. White resides in Woodbury, New York, with his wife, Paula, and their two daughters.