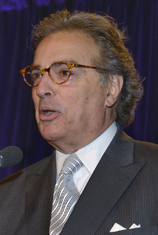 Steve Acunto is President of Beacon International Group, Inc., a private group of companies in publishing, insurance, and merchant banking. Beacon publications include Business Insurance, the 130-year-old Insurance Advocate and others. In addition to IFNY, Mr. Acunto currently serves on the boards of several companies in the insurance field.

An active volunteer, Mr Acunto is a Trustee of John Cabot University of Rome, the College of Mount St. Vincent, and the Consular Corps College. He is Chairman of the Council of Governing Boards, Inc. comprised of the trustees of New York’s 100 independent colleges and universities. Mr. Acunto served as Hon. Vice Consul, Republic of Italy, from 2002 to 2017 and holds the title Commendatore, Order of Merit, Republic of Italy. In 2010, he received the Star of Italy for his work. He is Chairman of the American Society of Friends of La Scala.